To celebrate our 50th Anniversary this year we have accumulated some of our best action shots from the past 50 years in one place, it’s astonishing to see how far Demon Tweeks has come over the past half a decade and we hope you enjoy our timeline of achievements too… 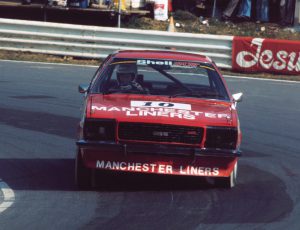 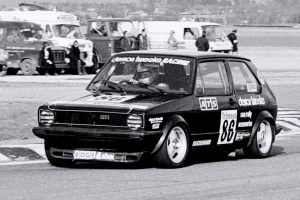 VW Golf GTI Mk1 exiting the final chicane at Thruxton in 1983 driven by Alan Minshaw in the Trimoco British saloon car championship. Although the car was in Class C Alan finished 2nd overall in te 1983 championship just behind the saloon ace Andy Rouse in his Alfa Romeo GTV6. 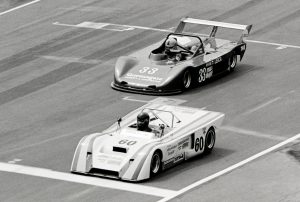 Chevron B19 competing in the Thundersports championship 1984 at Brands Hatch, Alan Minshaw shared the drive with Tony Hill. The car was sold 2 years later to Brian Redman. 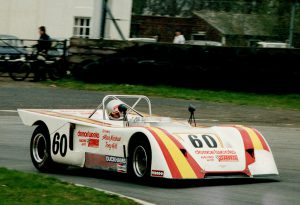 As above but testing at Oulton Park in 1984. 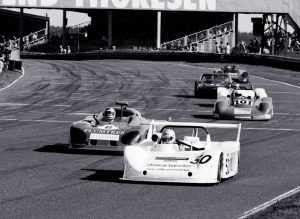 Lola T594 competing in the 1985 Thundersports championship at Thruxton sharing the drive with Tony Hill. 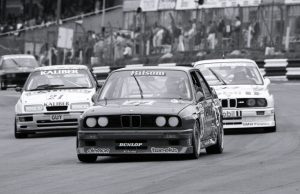 BMW M3 competing in the 1988 Dunlop British Touring Car Championship driven by the late great Roland Ratzenberger.  Roland was out of contract with the German Schnitzer team therefore Alan asked if he’s like to drive his car in certain rounds of the season. Here’s Roland entering paddock hill bend at Brands Hatch holding off Frank Sytner in the works Prodrive M3. 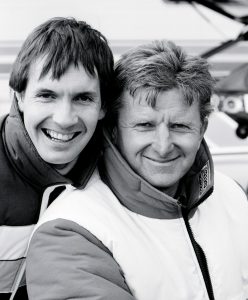 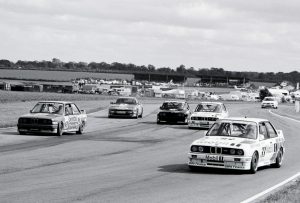 BMW M3 competing in the 1988 Dunlop British Touring Car Championship at Thruxton. Driven by  Roland Ratzenberger. Warming the tyres on the green flag flap prior to the start of the race. 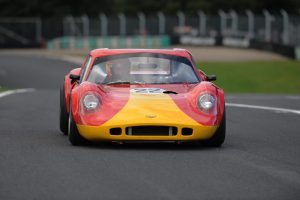 Chevron B8 (1969) competing in the 2008 Gold Cup at Oulton Park. Alan Minshaw shared the drive with younger son Guy Minshaw.

Chevron B8 (1969) competing in the 2009 3 hours of Snetterton. Alan Minshaw shared the drive with sons Jason & Guy Minshaw. 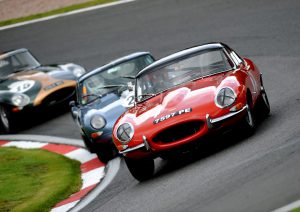 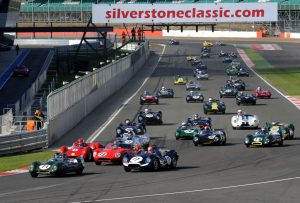 Maserati Tipo 61 Birdcage competiting in the Pre 50’s sportscars at the 2011 Silverstone Classic. Squeezing it up the inside in to the first corner. 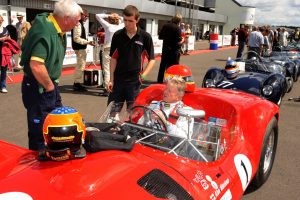 Maserati Tipo 61 Birdcage competiting in the Pre 50’s sportscars at the 2011 Silverstone Classic. Alan Minshaw gathering his thoughts and taking on water in the collecting area prior to the race. 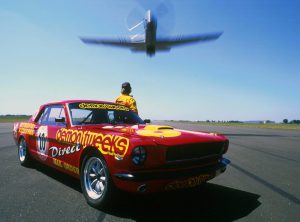 Mustang Vs Mustang. Duxford airfield was the scene for the magazine article on both the Mustang fighter plane and Mustang ICS championship winning car for the  Car and Car Conversions magazine. The car was driven successfully by both Alan & Jason Minshaw.

At the 3rd round of the GT4 Supercup at our local track Oulton Park, Jon is in attendance giving his support to son Jack. Jack is then seen leading a pack of G55’s through Deer Leap and over the start and finish line.

Jack drove the Ginetta G55 for a second season where he finished 3rd in the AM Championship for the second year running. Snetterton was one of many podium weekends.

Staff’s Top Car & Bike Picks From the Past 50 Years

Our Story - Driven by Passion